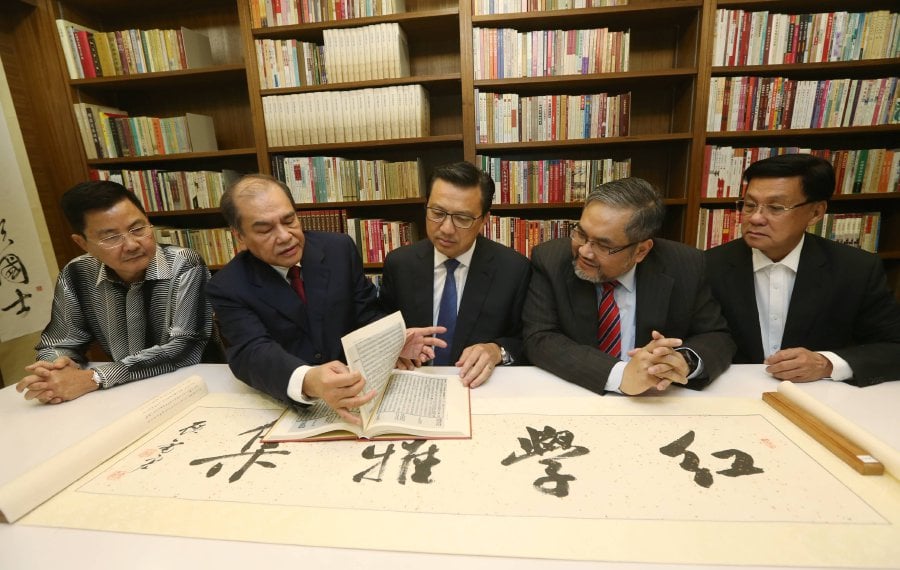 KUALA LUMPUR: Some 6,000 publications on one of China’s greatest literary classics, Dream of the Red Chamber, have found a permanent home at the Main Library of Universiti Malaya (UM).

The collection is being housed in the newly-set up Dream of the Red Chamber Resource Centre (DRC) of the library, which is fully sponsored by the Alumni Association of the Department of Chinese Studies of Universiti Malaya (Pejati).

The epic 18th century novel, written by Cao Xueqin, depicts a love triangle between three cousins of a rich family during the Qing dynasty.

The entire collection was donated to UM by former transport minister Tan Sri Chan Kong Choy, who had kept the collection for over 40 years.

He said the collection is a rich compilation of writings on the Dream of the Red Chamber, with many types of manuscripts in more than 10 different languages.

Chan, who is also a leading authority on the novel, has been studying the work since his first encounter with it during his secondary school days.

“With this collection, the DRC can start on a very solid foundation.

“I hope the DRC will help promote inter-cultural research between Malay and Chinese culture,” said Chan, who graduated with first class honours in Chinese Studies from UM (formerly University of Malaya) in 1979.

The former MCA deputy president was speaking at the DRC’s opening ceremony here this afternoon.

Liow said Dream of the Red Chamber is a beloved work of literature not only in China but also around the world, having been translated into 17 languages.

He noted that a Malay translation of the work has just been completed and will soon be published.

Liow said the Malay translation will open up a whole new perspective on the novel, particularly in the field of hong xue or Red Study (the textual and historical study of the classical novel).

“Indeed, this masterpiece has garnered such a strong following that it has been researched, studied and analysed for generations.

“With the opening of the DRC, more students from around the world will be able to undertake the study of the novel,” he said.

Liow added that UM will also establish a DRC Research Unit, while its Faculty of Chinese Studies will be offering DRC courses for postgraduate students.

This entry was posted in 《红楼梦》. Bookmark the permalink.